I can think of few more unlikely candidates for creative growth after 40 than Weird Al Yankovic.  Back when I was in grade school, he came on the pop culture radar with “Eat It,” his parody of Michael Jackson’s “Beat It.”  His string of similar Dr. Demento style hits willfully sucked all of the sexual content out of the pop songs he parodied (see “Like a Virgin” becomes “Like A Surgeon”, a line Madonna herself is said to have suggested for Al,) in a way that boldly proclaimed a juvenile mindset that seemed to say, I’ll never grow up.

The last time I remember thinking about Weird Al was when Mike D and Russel Simmins interviewed him for Grand Royal magazine.  Despite this hipster shout out, and the fact that he seemed like a good guy, I certainly wasn’t motivated to check out his latest work back in the late ’90’s.  He struck me more as akin to the record executives who achieve a longevity in the record business that arises out of their feeder fish status.  Trends come and go, leaving creative musicians out of favor and often, a living wage.  But like record labels and attorneys, Weird Al could apply his services and professional modus operandi to any and all of them, allowing for a survival that proved Darwin’s theory of natural selection.

There are few songs I have hated more in the last ten years than Miley Cyrus’s “Party in the USA.”  I once taught in a school where we had an annual karaoke corner for lower elementary students to dress up and sing in.  The most popular song our students chose to sing was always “Party in the U.S.A.”  It seemed the best example of the shittiness of what today’s digital pop production (autotuned vocals, digitally lined up rhythms), could produce when combined with traditional rush-to-the-chorus songwriting, and grandstanding flag-waving.

The plot of the song about Miley moving from Nashville to LA to cross over from country pop to mainstream pop and finding things would be OK synced perfectly with the flag waving lyrics and imagery of the video.  If you wave the flag with unconditional love and an absence of critical thinking, things are gonna be OK in Hollywood.  The contrast between Miley’s cowboy boots and the stillettos of the LA girls she competes with for roles is one between two narratives of domination, (Cowboys over Indians, and men over women.) http://www.youtube.com/watch?v=z8VAB5sMioE

If you sung along really well, you could almost believe the lyrics about Miley listening to Jay Z and Britney on the radio in a taxi cab, when you know she really got picked up at LAX in a limo.

Weird Al’s parody of the tune, “Party In the CIA,” succeeds so grandly because it rolls of the tongue just as easily as the original, making you realize just how quickly we all are asked to sing along with the CIA and the military-industrial complex in the daily stream of today’s infotainment media mire.

The best way to make it in Hollywood, it seems, is to play a heroic CIA operative.  Every good Hollywood liberal, from Brad Pitt and Angelina Jolie, (“Mr. and Mrs. Smith,”) to Ben Affleck, (“Argo,”) to his wife Jennifer Garner, “Alias,”) knows that the best way to riches and fame is to desensitize the public to what the CIA actually does around the world.  Brangelina are quick to speak out on the topic of Sudan, and Richard Gere is quick to point out genocide in Tibet, 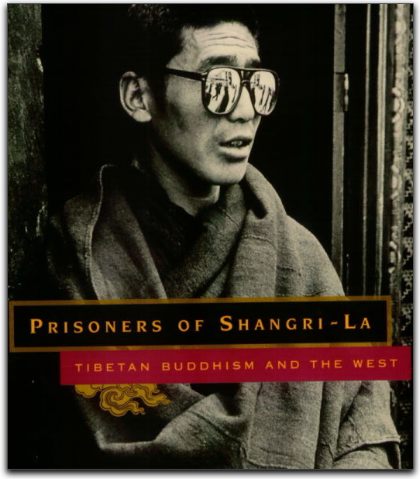 because Arabs and the Chinese can are targets of criticism that will not cause them to fall out of favor with their corporate employers. (See Mahmood Mamdani’s “Saviors and Survivors” 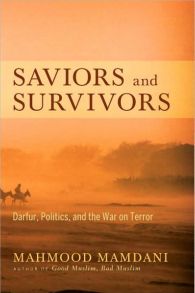 and Donald Lopez’s “Prisoners of Shangri La” for the role unconscious complicity with American/Western Imperialism plays in the human rights discourse around Tibet and Darfur.) America remains the good guy in these narratives.  But if you call out the CIA in Hollywood, you’re more likely to get the kind of reaction Michael Moore got from the expensive seats at the Oscars while criticizing the Iraq war during his acceptance speech for “Bowling for Columbine.”

piece “Argo” as Orientalism, and why it upsets Iranians, was a rare voice that pointed out that Affleck’s film “Argo” did not portray the historical roots of the hostage crisis in the CIA’s illegal overthrow of a democratically elected government that was set to strike a fair deal for Iran’s oil resources at the expense of US and British oil multinationals.  He also writes that the film relied on racist depictions of Iranians to lubricate the one-sided perspective:

“Although the film begins with an info-dump that explains that the US screwed over Iran by having the CIA overthrow the elected government in 1953 and then helped impose a royal dictatorship in the form of the restored shah, that part of the film is emotionally flat. It tells, it doesn’t show. It is tacked on. It does not intersect with the subsequent film in any significant way. It therefore has no emotional weight and does little to contextualize the Iranian characters (none of whose names I think we even learn).”

“Argo highlights the negative attitudes that the two countries have held toward each other for decades. Its brief introduction attempts to provide historical context behind the embassy takeover, but the film does not convey the prevailing Iranian sense of grievance — real or imagined — that led to the 1979 attack, and to the emotional response in the streets of Tehran . . . More than three decades later, the same atmosphere of suspicion, mistrust, and festering wounds dominates Iranian-American relations.”

“You could have had Iranian characters angry that the American-backed Shah or king, Mohammad Reza Pahlevi, had arbitrarily imprisoned them or their friends among the dissidents, and had subjected both intellectuals and members of openly revolutionary groups to torture and murder in prison. That would not in any way have justified what was done to Foreign Service Officers of the State Department, but it would have humanized the Iranian villains of the piece and made the film more complex and less like a comic book.”

““Argo” could have been a moment when Americans come to terms with their Cold War role as villains in places like Iran. It could have been a film about what intelligence analysts call “blowback,” when a covert operation goes awry. Instead it plays into a ‘war on terror’ narrative of innocent Americans victimized by essentially deranged foreign mobs.

” Mehdi Rezaei, an MKO member, was arrested in April 1972 and executed that September at the age of 20, after enduring horrific torture. Ali Asghar Badizadegan, one of the MKO’s founders, was forced into an electric oven according to his comrade Lotfollah Meysami. He was burned so badly that he became paralyzed, and the SAVAK refused to turn over his body after he was executed in May 1972. As Ali Gheissari writes in Iranian Intellectuals in the Twentieth Century, under Sabeti the Committee was also “responsible for the arbitrary detention, interrogation, and torture of many university students during that period.”

“The Shah’s feared secret police, and his entire repressive regime, did not function completely on their own. They had been installed by the US in cooperation with far rightwing Iranian generals and the Iranian equivalent of billionaires, and SAVAK and the regime continued to have close links to the CIA. It is alleged that some of the torture techniques used by the Shah’s SAVAK were taught to them by the CIA. And, it is further alleged that the CIA itself had front groups on and was active in spying on Iranian campuses, in parallel to operations such as COINTELPRO in the US. The anti-Shah Iranian students piecing together shredded US embassy cables in Tehran weren’t looking for photos of the escaped diplomats, as “Argo” implies. (There was no last-minute identification of them or car chase on the tarmac– that was all made up). They were looking for evidence of the ways the intelligence officials under cover at the embassy had been monitoring them and their friends and putting them in torture cells.” (end of Cole excerpt…)

The Hollywood film that to my mind most seamlessly captures the normalization of violence as part and parcel of our society is “Mr. And Mrs. Smith.”  The trailer’s description of the iron of a “normal” suburban DC couple with secrets plays on the irony of the contrast between the normal picket fence suburban lifestyle and the couple’s careers as “the most dangerous assassins in the world.”  The summary reads: “John and Jane Smith are a normal married couple, living a normal life in a normal suburb, working normal jobs…well, if you can call secretly being assassins “normal”. But neither Jane nor John knows about their spouse’s secret, until they are surprised to find each other as targets! But on their quest to kill each other, they learn a lot more about each other than they ever did in five (or six) years of marriage.”

But the message seems to me to be the opposite.  The ironic contrast of serene suburb and violent workplace is suggested to be normal in the wealthy suburbs of a nation whose economic role in the world has been summarized by journalist Allen Nairn as follows:  “our main competitive advantage is in killing people.” In the wake of Obama’s request for the authorization of using force in Syria, commentators have noted the economic motives behind the policy, which will enrich US defense contractors and fuel the stock prices of companies like Lockheed Martin, whose cynical war profiteering is documented in William Hartung’s great book “Prophets of War,” (see previous link.)   In advance of congressional approval of the use of force, the CIA has already begun weapons delivery programs to Syria.

“Party in the CIA” captures the normalization of this activity, and its materially satisfying results, (“We’ve got snazzy suits and ties / and a better dental plan than the FBI.”)  You could say it trivializes the mass violence of the CIA in places like Chile , but its subject isn’t primarily the violence itself.  It’s the role of the entertainment industry in desensitizing people to mass violence so they will support it with their tax dollars and votes.  I love the way the song pulls you in to sing along with the chorus because it shows you how unknowingly we participate in the same phenomenon every day.