I am a musician who used to do the music scene thing full time in my 20’s, but now works full time in public education and political organizing while moonlighting in music as much as time allows.  This website is mostly focused on music, rather than on stuff I do as a teacher for Durham Public Schools and Treasurer of the Durham Association of Educators.

Musically, I’m most known for having released a bunch of records in the ’90s as half of a duo called the Folk Implosion that I co-founded with Lou Barlow in 1993. Folk Implosion songs have been featured on various film soundtracks, (Kids, Adaptation,) soundtrack albums, (American Beauty,) and TV shows, (The People vs. OJ Simpson, NFL on Fox, 20/20, The Today Show.)  Folk Implosion reunited in 2021 and are nearing completion of a new single, which will be followed by a full length album to be recorded in the summer of 2022.

I quit performing and recording from 2000 – 2010, but have been publicly active as a solo artist since I released the Spare Parts album on the Shrimper label, who had released several of my solo albums in the ’90’s.  I work with a rotating backing band called the Cicadas, with whom I released the El Pulpo album in 2017.  Since then, I have released several solo instrumental projects and started my own small label, which is called Inundation Records.

What next? I’m in the kinda-late-ish stages of working an LP with the Cicadas about the 19th c. colonization of Turtle Island, now known as the United States, and I just finished recording a single at Unknown Studio in Anacortes, WA backed by the band Lake.  You can check out more details about it on the Upcoming Projects page of this website.

The Shows and Events page of the site has been dormant due to the pandemic, unfortunately.  When (the USA gets its shit together and) that blockade lifts, I plan to return to touring when I have spring break and summer vacation, along with scattered & sporadic weekend shows during the school year when I am mostly busy with teaching and organizing.

I was born in Brattleboro, VT, grew up in Cambridge MA, and spent most of my life there until I moved to Durham NC in August of 2013.  I have practiced Vipassana or Insight meditation since 1986, as adopted by westerners from Thai and Burmese traditions, as well as in a few different schools of Zen that came to this country from Vietnam and Korea.  I identify as a 21st century socialist and want capitalism, patriarchy, heteronormative gender roles, and the rule of the corporate duopoly to die a swift death – but realize those are multigenerational projects that require patience.

If you want to send me a message, the best way to reach me is through my Facebook page.  I also accept friend requests on my personal page from people if they have enough mutual friends for me to be able to tell they know me apart from the million other JD’s out there.  That’s where people respond the most to news I put out there of what I’m up to musically.  If you don’t use FB you can reach me at jd@inundationrecords.com – unless you’re a web marketer. 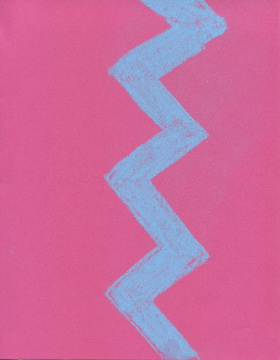