Sometimes musicians I know tip their hand by commenting on the records they love.  For years, Dennis Callaci has circled back to recommending Ornette Coleman’s 1966 album The Empty Foxhole.  Ornette recorded the album with his son Denardo Coleman, then only 10 years old, on drums.  Not considered a part of the great Ornette albums canon – itself perhaps a sign of the age prejudice that is the theme of this series of record reviews, though Ornette was only 36 at the time – it spoke to Dennis’s f*ck the herd mentality that he would spend quality time with it.  Hard to imagine Mr. C limiting his exploration of a great recording artist to their supposed prime. (In this case the run Coleman had on Atlantic Records, especially from The Shape of Jazz to Come and Change of the Century in 1959 through This Is Our Music and Free Jazz in 1960.)

In addition to longtime Shrimper compatriot Franklin Bruno on piano, the return of early Refrigerator drummer Joel Connell, and Daniel McDonough on harp, Dennis is joined on this outing by not one, but two sons.  One of them, Henry, plays saxophone and is not far off from the age Denardo was when The Empty Foxhole was recorded, while the other, the voting age young adult Rael Callaci, programs 808s and Korg synthesizers.  Perhaps due to this family and long time associate roster, the record is marked by a remarkable combination of formal exploration and innovation and (!?) cohesion. 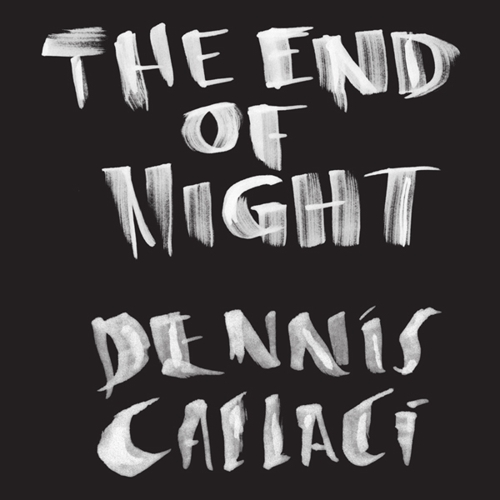 The record’s got one 30 minute plus track on it, and spins by in what feels like a flash.  It shifts gears in ways that hit me as organically novel and genuinely surprising – like a scene in an old film noir where a character gets a bracing slap in the face.

This is due in part due to shifts in the rhythm tracks from acoustic to electronic in what I recall as about 1/3 and 2/3 of the way through.  They kick the album not from verse to chorus, but from one plateau or perhaps mesa to another.  I noticed how conditioned I am to expect such transitions either at standard short time intervals, in verse-chorus songs, or in standard long ones in the case of free form improv music that feel like watching the Pixies in slllllloooooooowwwwwwww motion – LOUD quiet LOUD quiet LOUD quiet.  By contrast, these longer transitions aren’t due to dynamics so much as arrangement.  It’s like when a three act play takes a strange and jarring turn by introducing a character who turns out to be the star of the show in the final act.  Or like passing the baton in a relay race that doesn’t care that there’s no clock or finish line.  I recommend spinning this one on repeat.

Like Loading...
04 Feb This entry was published on February 4, 2018 at 12:29 am. It’s filed under Film, Shrimper Records, Top 40 Over 40 and tagged Dennis Callaci, Film Noir, Ornette Coleman, Shrimper Records, The Empty Foxhole, The End of Night. Bookmark the permalink. Follow any comments here with the RSS feed for this post.